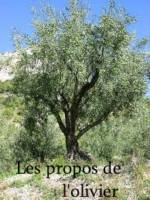 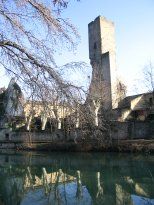 Cradle of  "Côtes du Rhône" ( wine name ) in this region called then
the Rhone cost , this large village of 5000 inhabitants today, remains always attached to its old wine tradition. Roquemaure, ''the roca maura ''( the dark rock ), built begenning  of the XII ème century with one of the most important castles of Languedoc. The village  was very marked by the arrival of the Popes in Avignon. (Clement V, the first of them died there in 1314).
And is under Papoté, in fact, that Roquemaure knew its best luky days. Its river port became one of the most important if  not the most important a long the the Rhone river. Up to 2000 wine barrels could thus wait  at the bottom the castle before being embarked towards Lyon, Beaucaire… and of course Avignon. It remains of this period two of the of the castle towers, some remarkable houses, and the small collegial one, set up under the orders of the cardinal Bertrand de Pouget  from 1329. This church got  after the revolution, an organ Julien 1670 coming from the convent of Cordeliers in Avignon. This instrument with its making and rare sonorities recives nowadays the visit of famous Masters.

And it is There , in this small church, whose organ was just  restored on request of Monseigneur de Prilly,  where Madam de Laurey on December 25th 1847, sang for the first time the famous" Minuit Chretien" whose author , Placide Cappeau, has just finihed the  the words… a few days before, a few 100 m from there, at the 27th on the street which carries  today its name.

The attachment of the people of Roquemaure for the vine crossed the years. How that could be   different  ?... Since one as of them, in 1868, was gone from there to get  in Rome the relics of Saint Valentin to entreat  the '' bad beast ' ' ( the  phylloxera ) each year at the beginning of February, the week-end nearest  to the Saint Valentin celebration day, everybody dressed up  in Roquemaure, stops the time in 1868

This site in french: 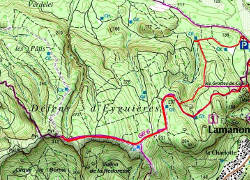